The Most Reliable Wireless Intercom On The Market

With the recent completion of the FCC 600 MHz auction, as well as the 700 MHz auction held in 2010, the wireless microphone and intercom communities have lost 192 MHz of operating UHF-TV band spectrum in a few short years. Wireless operators now face greater operational challenges than at any point in the history of the Broadcast Auxilary Services. 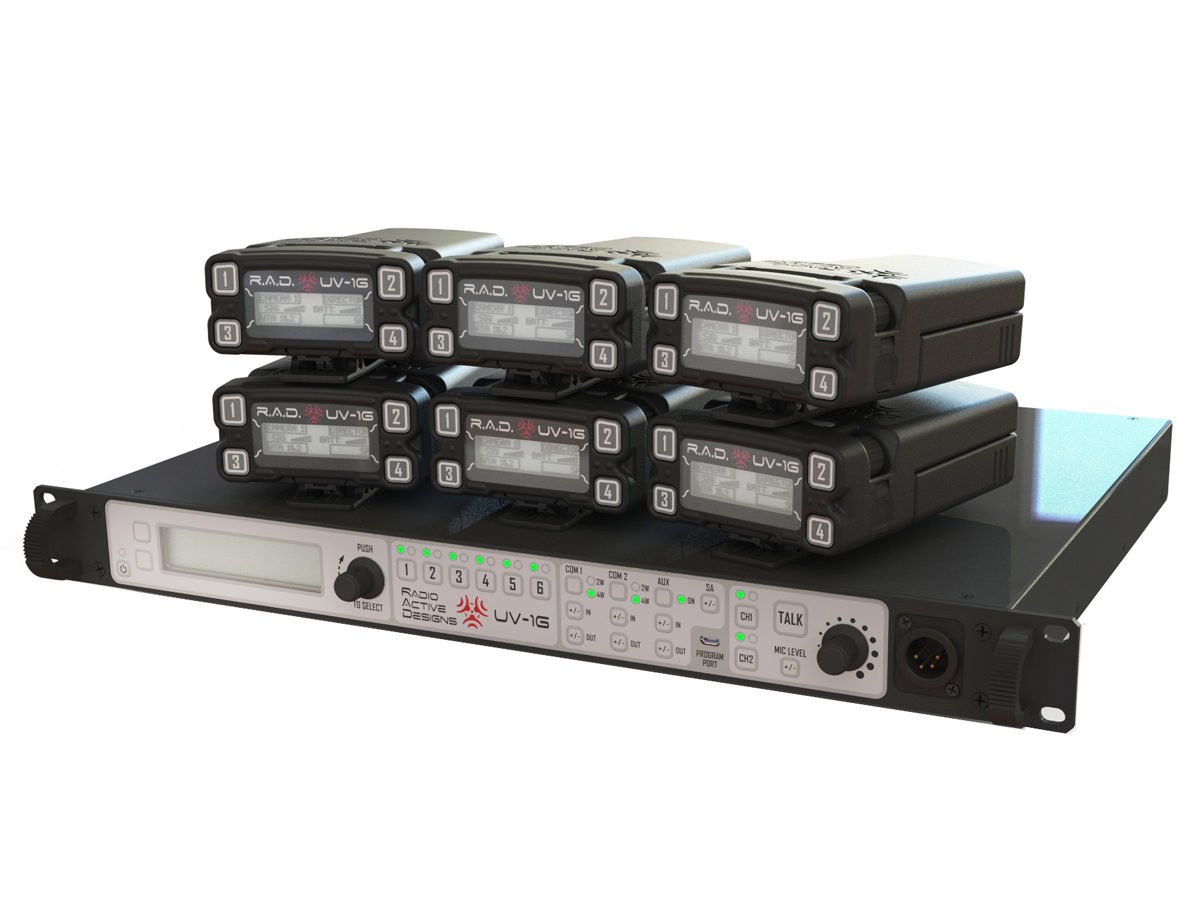 The company’s goal is focused; create the most spectrally efficient and reliable wireless intercom systems available. Traditional UHF and VHF analogue wireless systems can be coordinated so that hundreds of systems may reliably be used in one area. RF coordinators in the United States have a long record of successfully operating hundreds of analogue wireless intercom systems, microphones and IEM’s at special events, broadcasts and live entertainment productions. 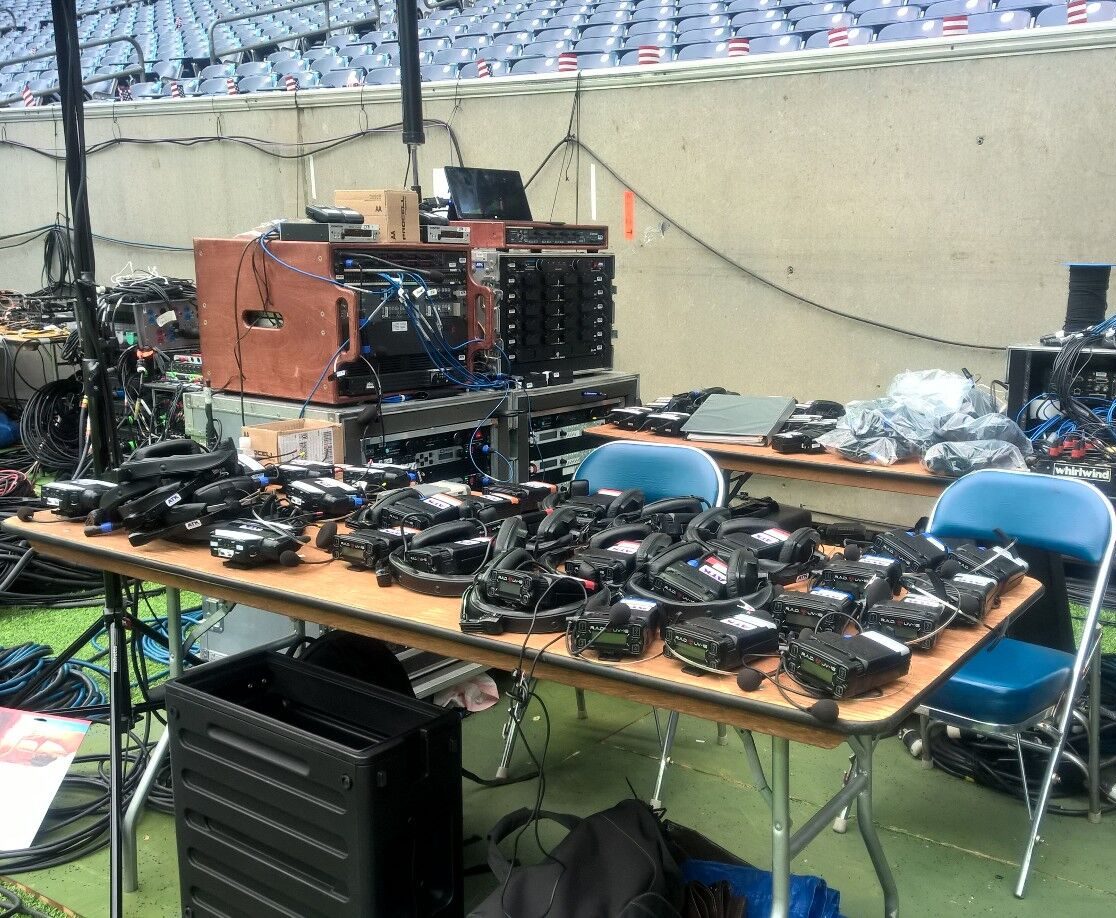 One of the many benefits of using the (analogue) UV-1G wireless intercom system is that it does not use a local side tone. The system deploys a closed loop technology so that if you hear yourself, you can be assured that everyone else on the communication system hears you as well. This is why, Radio Active Designs’ wireless intercom systems are specified on any installation where communications success is critical. This includes being used as mission control for space vehicle launches, nuclear reactor maintenance and high risk acrobatic arts and entertainment productions. When Lady Gaga made her spectacular Super Bowl halftime entrance vaulting from the ceiling of NRG Stadium? Radio Active Designs UV-1G wireless intercoms were in use.

Another important work flow benefit to RAD’s implementation of analogue is the nature of true ‘broadcast”: unlimited numbers of belt packs can receive the base stations’ transmissions with just a single antenna (more may be required if an extended coverage area is needed), and conversely, the base stations’ single receive antenna (or multiple, if extended coverage areas are required) can receive transmissions from any and all belt packs. There is no calculating or limitations regarding pack to transceiver node loading as with digital intercom systems, and thus no deploying additional transceiver nodes just to accommodate additional belt packs.

Another factor concerning most digital wireless intercom systems on the market is that they operate in unlicensed shared spectrum. This means that a digital system may function normally upon set up but experience considerable problems once other production elements, news crews and the audience arrive.

Finally, most digital systems on the market operate in the 1.9 or 2.4 GHz spectrum. Wave propagation at these frequencies is far less favorable than VHF/UHF which results in inadequate range. Further impeding their effectiveness is that most of the system transceiver nodes can only handle a small number of belt packs. To expand to accommodate more belt packs, wireless intercom technicians must install more transceiver nodes. In comparison, a similar set up with a RAD wireless intercom system would only need one set of antennas, making setup much easier, while also providing a reliable coverage area.

Now that the FCC 600 MHz auction is over the television repack scenarios for each city are being announced, with very few exceptions, there are enough open VHF television channels to operate between 60 and 200 RAD belt packs in every major city in the United States. At this point in time, Radio Active Designs will continue to be the most reliable system on the market. 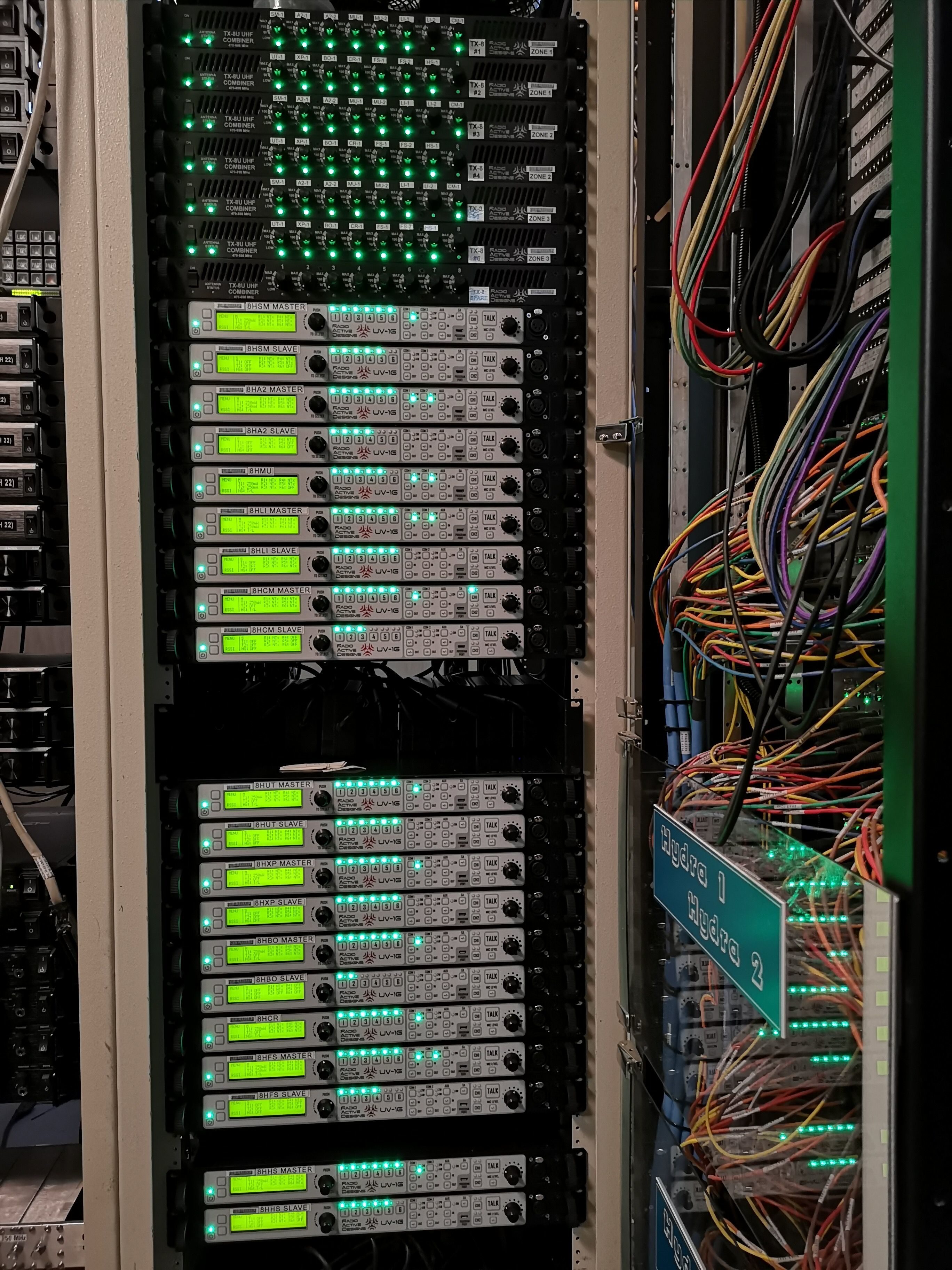